We tested how tree cover affected reproductive habitat selection by adult dragonflies and survival of larvae at the Koffler Scientific Reserve (KSR).

Canopy cover over aquatic mesocosms limited the arrival of adult dragonflies but did not affect larval survival (French and McCauley 2018). This limited attraction by adults is likely the cause of previously observed patterns of low larval dragonfly diversity in closed habitats (McCauley et al. 2008). 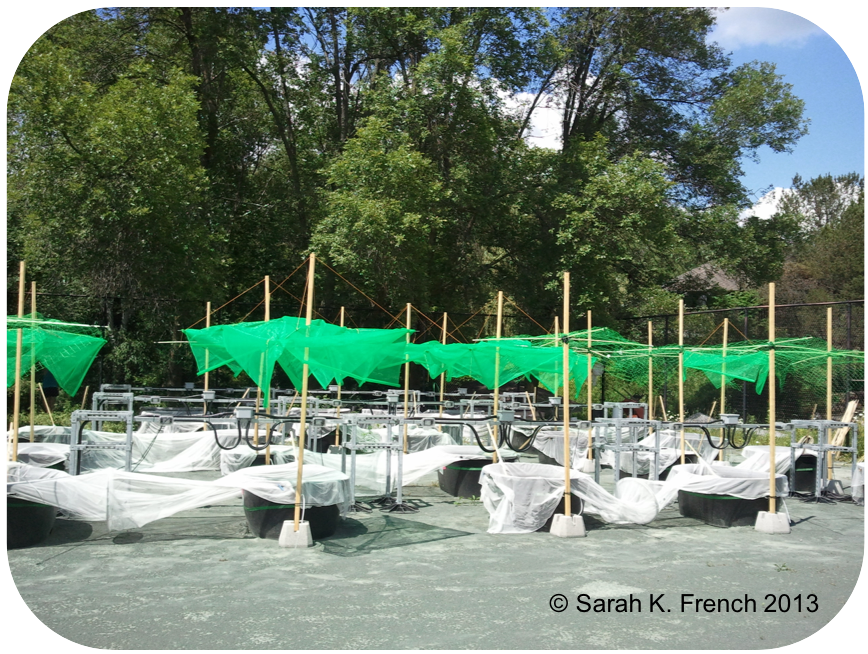 The proximity of forest edges around a pond, as potential roosting habitat, does not appear to affect adult dragonfly arrival in relatively open landscapes (Leite et al. 2021). 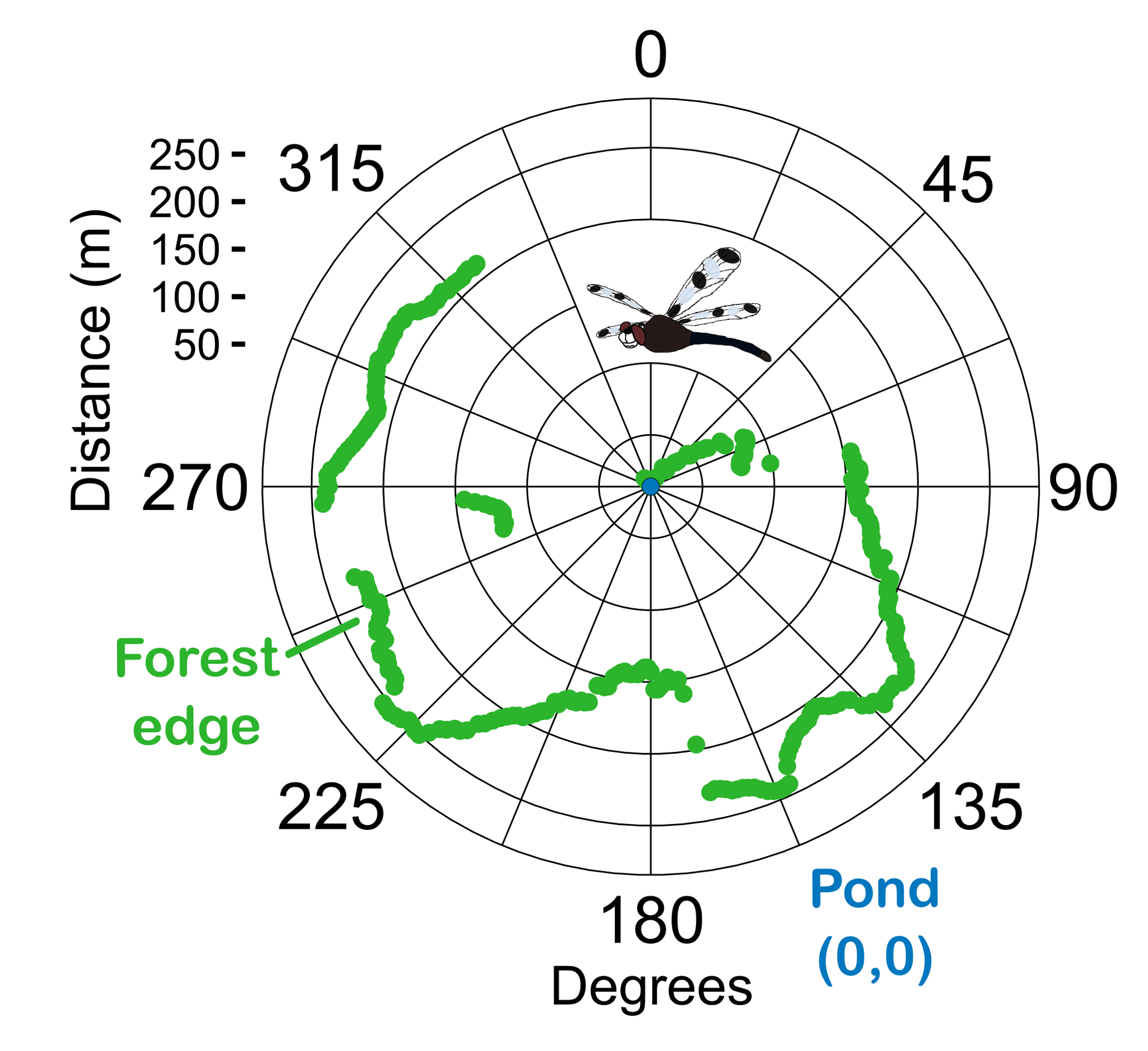 We examined whether forests or forest edges impeded the movement of adult dragonflies at small scales at the KSR.

When released at forest edges, more dragonflies flew towards fields than forests. However, there were species-specific responses to forests in terms of movement and flight times. Open environments such as fields likely facilitate the movement of dragonflies at small and large scales, but forests may not be complete barriers for movement (French and McCauley 2019). 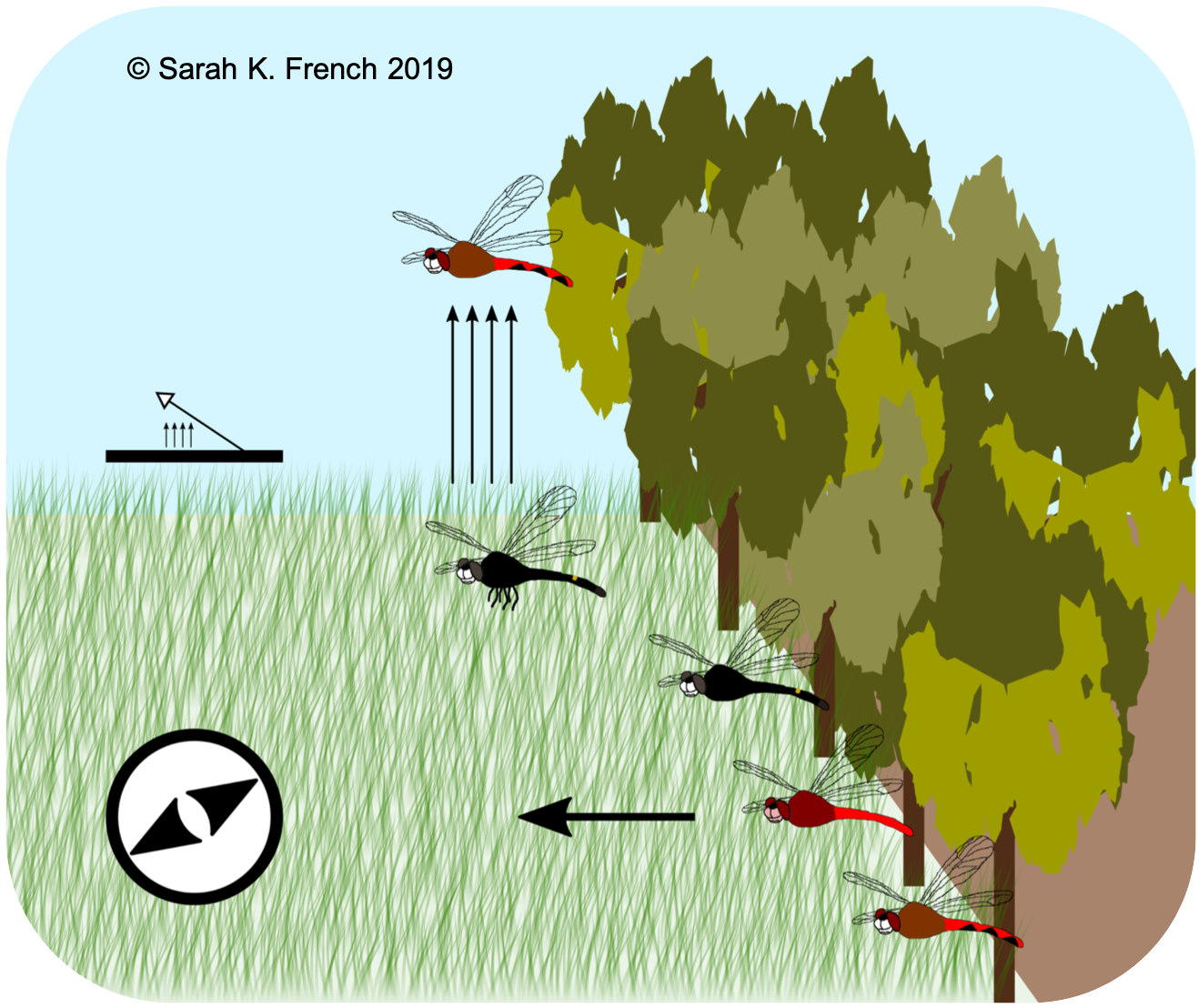 Determining how hive-level and landscape-level stressors including pests, pathogens, and pesticides, interact to influence honey bee health in Canadian agricultural regions. In collaboration with researchers from BeeCSI.

The influence of modern local conditions versus historical and modern landscape conditions on modern larval dragonfly communities. In collaboration with researchers through the Edwin S. George Reserve (ESGR).

The recovery of larval dragonfly communities following a drought in response to local versus landscape conditions. In collaboration with researchers through the ESGR.

The effects of local and landscape conditions on aquatic communities and the health of restored agricultural wetlands. In collaboration with researchers at Ducks Unlimited Canada.